Thanks to Joan Polakoff for information and photos from a recently attended program.  Joan is trying to organize several trips to museum shows that are currently on, or will soon be opening, all about quilts. Contact her if you would be interested. 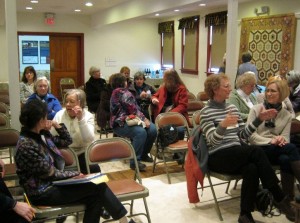 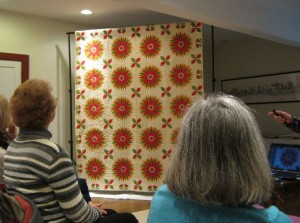 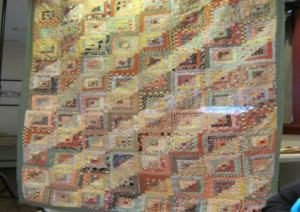 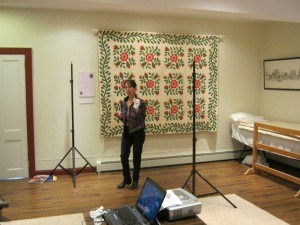 Susan Stessin-Cohn in front of a brilliantly colored red and green traditional quilt, which was in pristine condition. 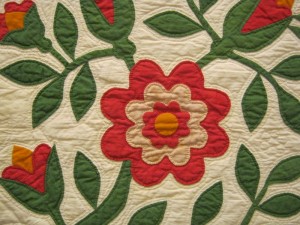 Detail of the quilt 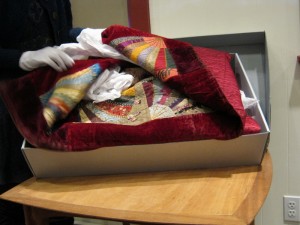 This is a very fragile crazy quilt which was kept folded in its acid free box. 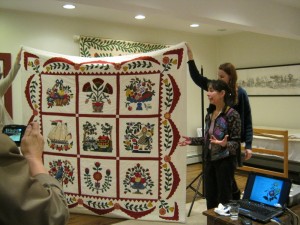 An album quilt made by Susan. She's nearly finished with the hand quilting. This took our breath away, it was so spectacular! 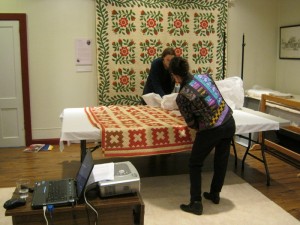 Susan gave us a lesson in how to fold and store a quilt that you want to be preserved in the best condition. 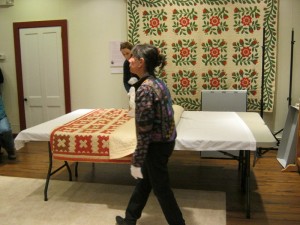 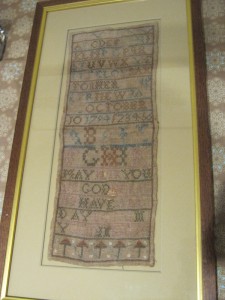 This is one of several samplers which were done by girls as young as 5 year old. 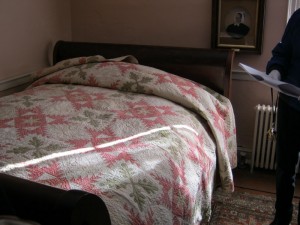 A quilt on a bed in one of the homes we visited at the site. 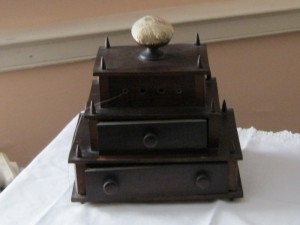 This is a box for storing your threads and needles. The thread is inside and only the end of the thread you're sewing with is pulled out through the hole. There's a pincushion on the top. There are drawers all around it. 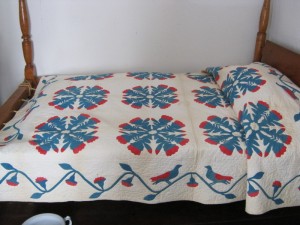 quilts which we saw on beds in the homes. 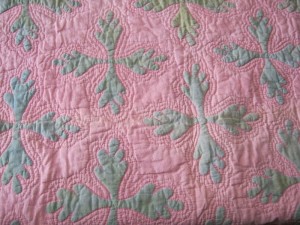 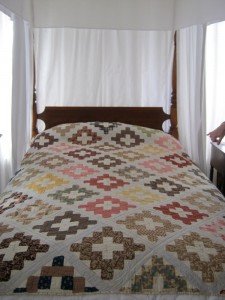 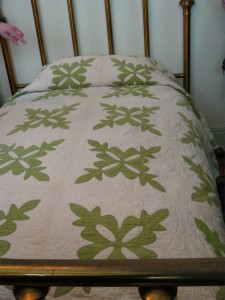 Green and white quilt on a bed 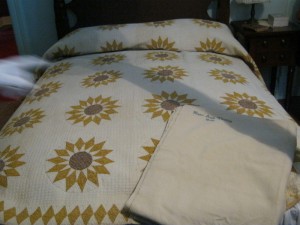 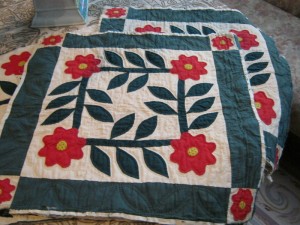 Blocks that must have been taken apart from a quilt that had been made up of these. 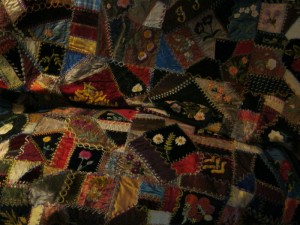 This is a crazy quilt that was laid out over a settee in a wonderful Edwardian home in the village. The house started out as a one room stone cottage, and when much money was made by an owner, he transformed it into a splendid and large modern home. It is said that this so outraged the citizens of the Huguenot Street area, that the Historic Huguenot Street Foundation was formed to prevent further erosion of the Huguenot village in this area.